The Cracked Voices CD is now available. Physical and digital copies can be purchased from Bandcamp, alongside copies of Graham Palmer’s pamphlet full of tales from the borderlands, featuring the texts from the Cracked Songs pieces.

The CD is also available as mp3 downloads on Amazon Music, through iTunes, can be streamed through Spotify and more. 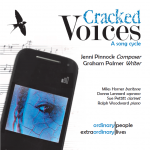 We’re pleased to announce that the Cracked Voices CD will be released at the end of January.

To get your hands on either digital or physical copies of the CD, head to Bandcamp. Further details about digital distribution to follow.

Many thanks all those who made the CD recording happen-  to the four Cracked Voices performers – Miles Horner, Donna Lennard, Sue Pettitt and Ralph Woodward, to sound engineer James Waterhouse and Alpheton New Maltings recording studio. Thank you to the PRS Foundation’s Open Funding for Creators and the Arts Council’s Grants for the Arts scheme for funding the recording.

Thank you to everyone who came to Cracked Objects and Cracked Voices at Royston Methodist Church on Thursday 27th September! It was a fabulous evening.

What’s next? The Cracked Voices scores will be appearing in the next couple of weeks – watch this space! At the end of October the Cracked Voices quartet will be heading into the studio to make a recording of the song cycle – to pre-order a CD please click on the link in the navigation bar. 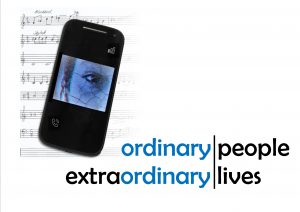 We’re delighted to announce that the rescheduled performance of Cracked Voices (including the premiere of Cracked Objects) will be on  Thursday 27th September 2018 at 7.30pm at Royston Methodist Church, Royston. The performance will now take place as part of Royston Arts Festival, and all money raised will still go to the MindEd Trust.

If you had tickets for the previous performance you should have been contacted separately.

Do writers write from beginning to end, or do they create their work in bits here and there before stringing it all together? Composing wise, I definitely tend to be the latter. You have to go where the inspiration takes you. Sometimes that can be the climatic point of the piece, sometimes a snippet of melody, and sometimes the first bar. Of course, once the piece is completed (and often even before then) the re-writing begins to ensure that the piece makes sense no matter what order it was composed in.

I hadn’t finished the other pieces in the cycle when Graham had completed (or near completed) the text for Curating the Collection.  Each stanza – a haiku – relates to a piece in the song cycle. I wanted to find a way to musically tie each haiku to its piece without simply re-using each art song’s melody lines.

At first I played with trying to do clever things with haiku. I looked at patterns of 5/4, 7/4 and 5/4 bars to emulate the haiku syllable pattern. I came up with a few potential ideas, but none stuck – one got closer than the others but still wasn’t completely right. I put it to one side for a while while I completed other pieces in the cycle.

One day while searching for ideas for a different project these three bars suddenly fell under my fingers:

The first three bars of the final Cracked Voices piece were born.  The notes are stunningly simple with a more complex time signature: an alternating pattern of 7/8 + 4/4. The 7/8 chimes beautifully with wanting to get the figure 7 into the final song of the cycle somehow. The figure 5 came more easily. My gamelan background means I’ve always loved pentatonic scales, and from those first three bars a mostly pentatonic melody flowed quite easily.

The structure developed quite naturally also. A haiku for each song in the cycle – including one summative one – meant 12 haiku texts to set.   Splitting them into groups of four provided a nice structure per section – AABA roughly – and three sections to set. The haiku were divided between soprano and baritone by who performed the original art songs, with some becoming duets. With the text linking back to each song in the cycle, the final pieces of the puzzle was how to ensure the music hinted back at each piece too. With the soprano, baritone and pianist all tied up, that left one performer to tie everything together..

Curating the collection is the final art song in the Cracked Voices song cycle, and was also the final one I wrote. It completes the cycle and reflects all the other pieces, touching on each character’s story. To hear it performed alongside the rest of the Cracked Voices song cycle  join us at the second performance on Saturday 28th April at Royston Methodist Church.

Tune in from around 2.15pm – or you’ll be able to listen again after the broadcast.

What did Alfred J Christiansen see at the POW camp on Royston Heath on Hitler’s birthday?  What are Meridian School’s Cracked Objects all about?

Come along to Graham Palmer’s free pop-up Cracked Voices talks at Royston & District Museum tomorrow at 11am and 12 noon. 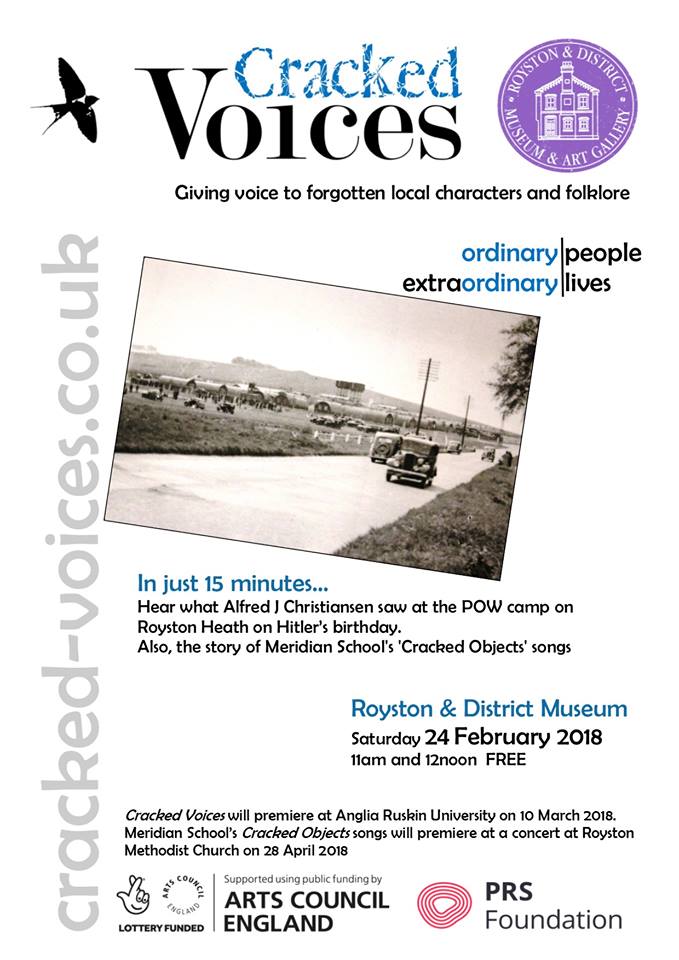 On Friday 16th February, Graham and Jenni will be on HCR104fm’s Spotlight programme around 8pm with Melanie Green to talk about Cracked Voices and the upcoming performances. If you’re not in the local area, catch it online here.

Due to unforeseen circumstances, our previous baritone has had to step aside from Cracked Voices. We’d like to introduce Miles Horner who will be joining our performing quartet for our two upcoming concerts.

Head to the performers page to find out more about Donna, Miles, Sue and Ralph. 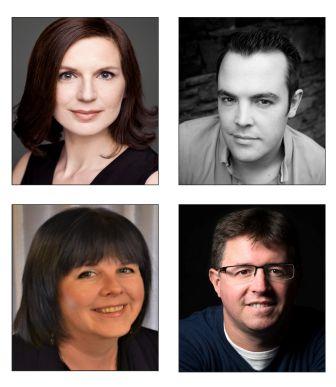 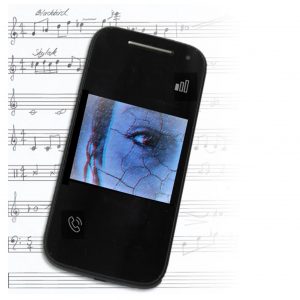 We’re delighted to be able to share the dates of the premiere and second performance of Cracked Voices.

The premiere of will take place in the Music Recital Hall of Anglia Ruskin University, Cambridge on Saturday 10th March at 7.30pm.

The second performance will be held at Royston Methodist Church, Queens Road, Royston on Saturday 28th April at 7.30pm. This performance will include the premiere of Meridian School’s Cracked Objects – art songs written by students based on objects on display at Royston Museum.

To buy tickets for these performances please head to the Tickets page.