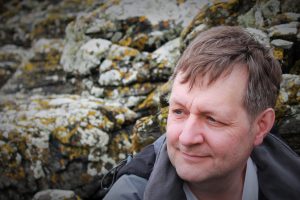 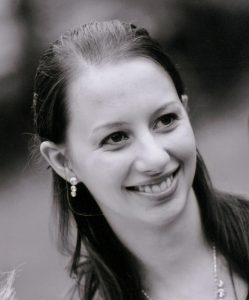 Starting in the small press world of the 1980s, Graham co-founded Stride Magazine with Rupert Loydell – one early reviewer commenting, ‘Palmer has the impressive gift of word economy, using a stark interplay of image and lyric to produce poems of depth and beauty.’

Since then he has dabbled with journalism and reviewing, written an ‘incisive’ study-guide on the Hound of the Baskervilles (so says the Sherlock Holmes Society of London) and published three books on writing for language-learners with Cambridge University Press, one of which was chosen by the English Language Gazette as their ‘Book of the Month’.

His original research featured in the centennial Book of the Old Edinburgh Club and the creation of myths, how the past informs or misinforms the present, has been one of his consistent themes. In addition to Cracked Voices, he is currently working on a historical biography. www.grahampalmer.co.uk

British composer Jenni Pinnock’s music has been described as ‘refreshing’, ‘imaginative’ and ‘tantalizingly beautiful in smoothness and soul’. Quirky time signatures, soaring melodies and moments of quiet stillness can all be found within her music which has received performances both across the UK and around the world. She is passionate about music in all forms, and loves writing for and collaborating with artists and musicians – be they beginners, amateurs or seasoned professionals. Giving performers the artistic freedom to make the music their own is an important element of her work.

Jenni studied at Kingston University and Trinity Laban Conservatoire of Music and Dance.  In recent years she has had works performed by the Aldworth Philharmonic Orchestra, Red Note Ensemble, the Quangle Wangle Choir and Equinox Voices. In 2017 she also had her carol Christmas Bells recorded by the Kantos Chamber Choir for their Silver Stars at Play album.   Alongside composing she runs music and composition workshops, performs with local ensembles and teaches piano and woodwind.

In addition to Cracked Voices, Jenni is part of the composing team working on Ada Lovelace: the musical. She is also a mentor for Making Music’s Adopt a Composer scheme.   jennipinnock.com