Following our call for performers earlier in the year, we’re pleased to be able to share our fabulous Cracked Voices performers with you! We’re delighted to be working with Ian Beadle, Donna Lennard, Sue Pettitt and Ralph Woodward to bring Cracked Voices to life. 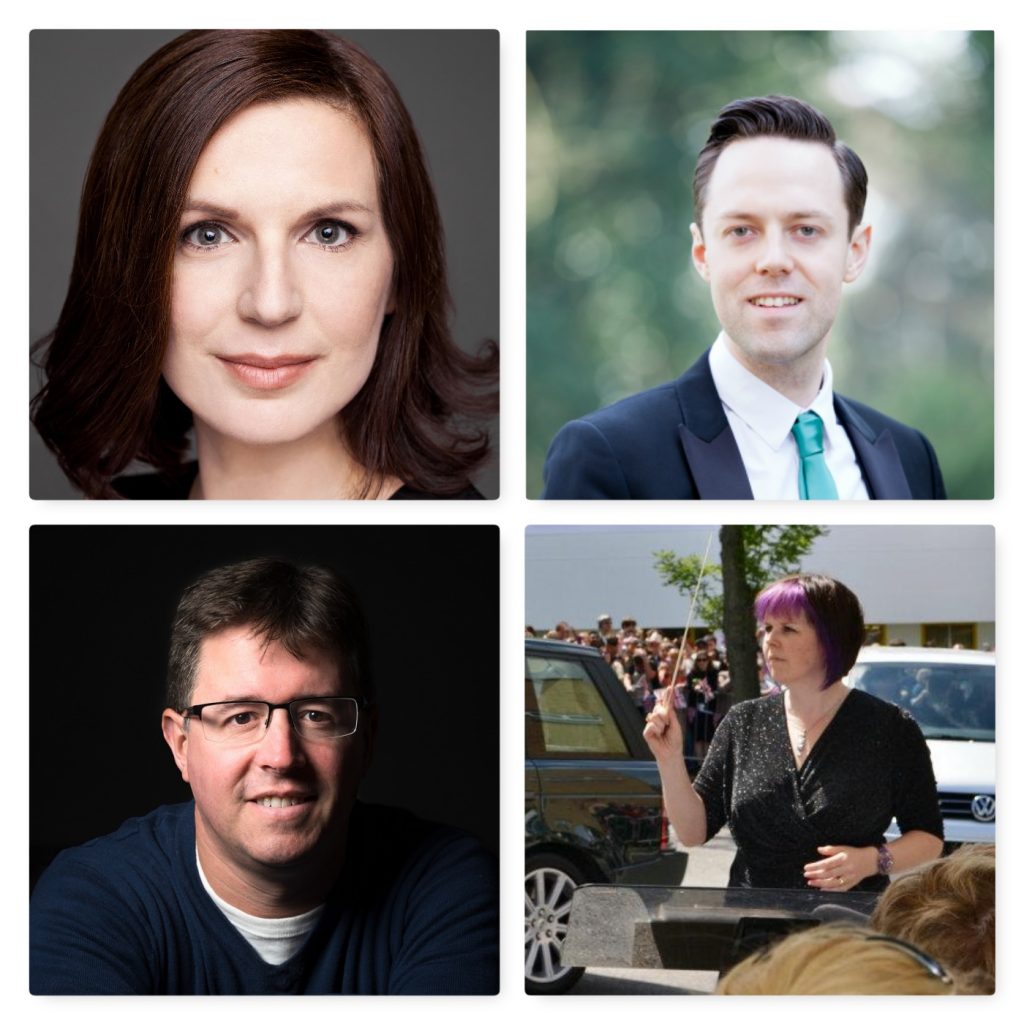 Donna Lennard – Soprano
Donna Lennard grew up in Bedford, and trained at the Guildhall School of Music & Drama, attaining an MPerf with Distinction, and on ENO’s ‘Opera Works’ programme. Her operatic roles include Frog in How the Whale Became (ROH), Selene in Tycho’s Dream (Glyndebourne), Alice in Airborne (Nova Music Opera), Despina in Così fan tutte (Cooper Hall Emerging Artists), Yellow in The Anatomy of Melancholy (bodycorps), Catfish in The Catfish Conundrum (The Music Troupe for Tête à Tête), Susanna in The Marriage of Figaro, Frasquita in Carmen, and Pamina in The Magic Flute (Opera Loki). Other stage work includes performing in the UK tour of May Contain Food with dance company, Protein, and the role of Madame Viardot in Salon Musical, a project initiated by pianist Marc Verter that recreates French salon concerts from the late 19th Century.

Sue Pettitt – Clarinet
Sue came down from Lancashire in 1987 to study clarinet under John Stenhouse and Nick Bucknall at Trinity College of Music. After graduating with an FTCL in 1991 she started to work for Hertfordshire Music Service which she does to this day. Sue is the head of Royston Music School and conducts the North Herts and Stevenage Windband. She is also in great demand as an orchestral and pit musician across the whole of the South East. When not involved in the musical world she can be found chasing her young puppy around the garden trying to stop it from digging up the lawn!

Ralph Woodward – Piano
Ralph Woodward grew up in Durham, and studied Music as Organ Scholar at Queens’ College, Cambridge. He is now Musical Director of the Fairhaven Singers, Full Score and Orchestral Score. He has played concertos on three instruments, worked in over 25 countries, and conducted the London Mozart Players, City of London Sinfonia, The Parley of Instruments, English Chamber Orchestra, and Britten Sinfonia. He carries out a wide range of editorial tasks for Oxford University Press. Past projects have included work with Vladimir Ashkenazy, Emma Johnson, Iestyn Davies and Cradle of Filth, and an appearance on ITV’s Grantchester. Ralph also manages a cricket team and is a keen badminton player and a good steady drinker.