The fraught art of naming things

Naming things is fundamental to us. It’s how we define the world and ourselves.

Words are always dangerous and, as any playground bully knows, names are the most dangerous of all. They can scar us for life.

Ask any soon-to-be-parent who’s ever puzzled their way through a book of baby names. Just what do you choose? Is it John or Jon or even Juan? Isobel or Isabelle or Issy?

Names matter. They label us and stick much longer than post-its. They are full of magic.

In past times, many people believed in invisible beings such as fairies but using the name was extremely unlucky. Instead they were ‘the wee folk’, ‘the Gentry’ or ‘the Hidden Company’. More recently, JK Rowling hit the nail (or was it a tack, brad or pin?) squarely on the head with ‘He-who-must-not-be-named!’

Tolkien, the master of naming things, based Bree on the Buckinghamshire town of Brill. Now Brill is a lovely place, built on a hill with its own windmill. I visited it once and was treated to a slap up tea by the ladies at the Methodist Church there – but that’s a different story. 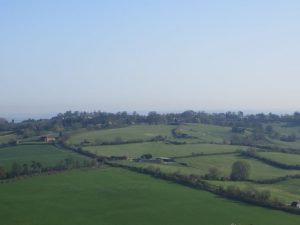 Brill on the Hill © Copyright Bill Nicholls and licensed for reuse under this Creative Commons Licence.

Brill’s first inhabitants (or at least the first who fixed its name) called it Breg, literally ‘hill’ in the local Celtic language. When the Anglo-Saxons invaded they asked a local what this large lump in the ground was called and were told Breg. Now in Anglo-Saxon a lump in the ground was a hyll, so naturally enough the newcomers now started calling the place Breg Hyll. Eventually this was shortened to Brill. Now, since most of us no longer speak Common Brittonic or Old English, naturally enough locals in the twenty-first century refer to the lump in the ground that the town is built on as Brill Hill.  So over time the place has become Hill Hill Hill. Names are so difficult!

Names always carry hidden messages from the past. Have you ever wondered why we kill a cow (from the Old English cū) but eat beef (from the French boeuf). Could it have anything to do with the Norman Invasion? After 1066 it was the local Anglo-Saxons who slaughtered the animals but the rich French-speaking Normans who ate the meat. (No, this has nothing to do with Brexit!). 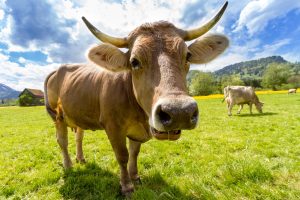 But what has all this got to do with Jenni, me or song cycles? Well, a Pinnock is a dialect name for a hedge sparrow – Palmer, the Anglo-Norman for a pilgrim: creatures whose habitats have over time been eroded by both carelessness and lack of care. But that’s not it!

What could we call a song cycle about people whose stories and names have been forgotten? People who lived on the edge and had fallen over it. There was only one choice really:

cracked
adjective
1. damaged and showing lines on the surface from having split without coming apart.
2. informal. crazy; insane.

voice
noun
1. the sound produced in a person’s larynx and uttered through the mouth, as speech or song.
2. a particular opinion or attitude expressed.