As part of Cracked Voices we delivered several writing and composing workshops.

We were so pleased with the response to the workshop with our performers, Donna Lennard and Miles Horner. Students really engaged and went away with a deeper understanding of how their work will sound in performance and ideas on how to improve it even further. 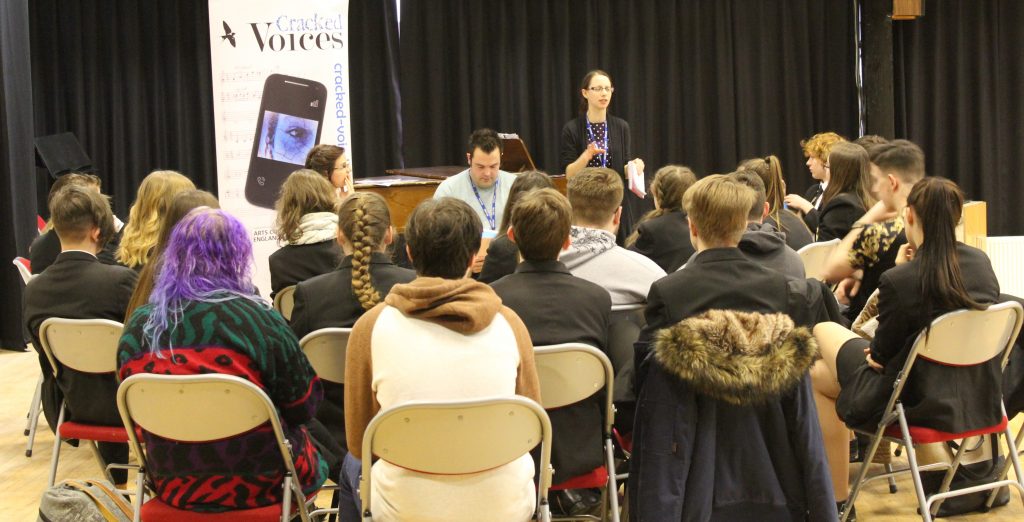 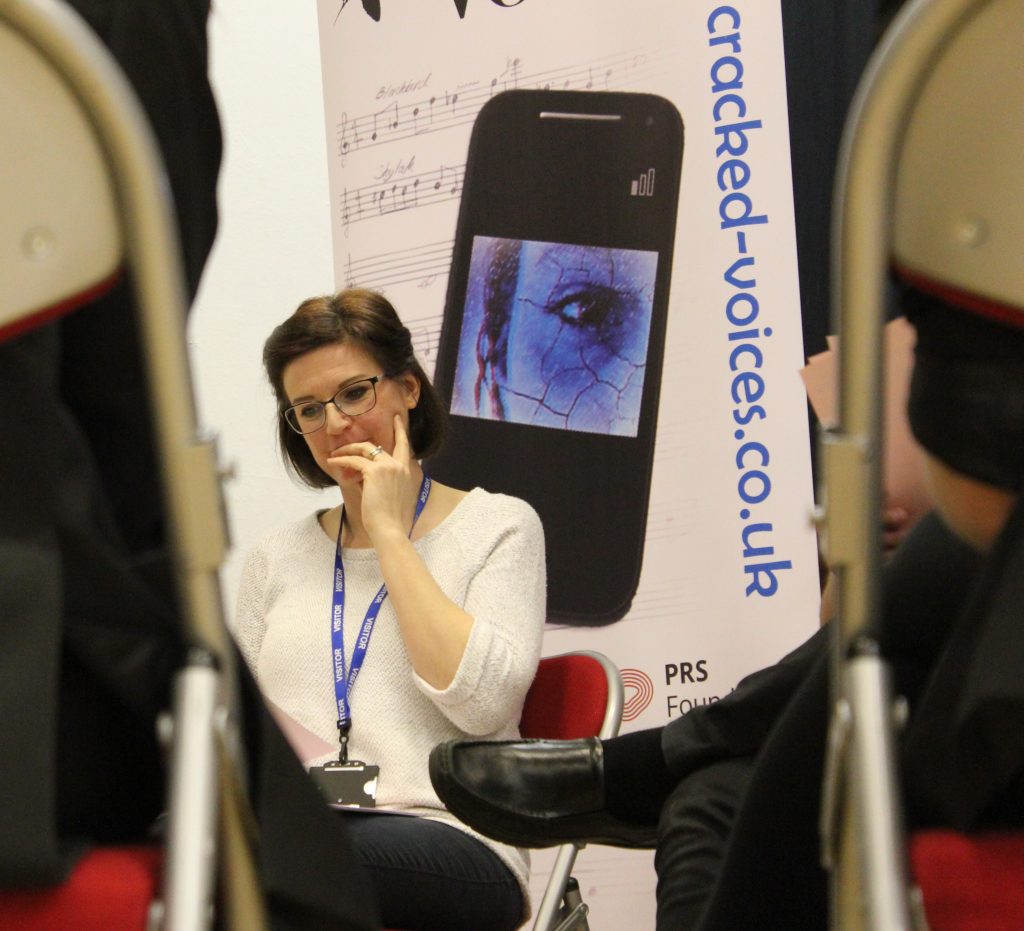 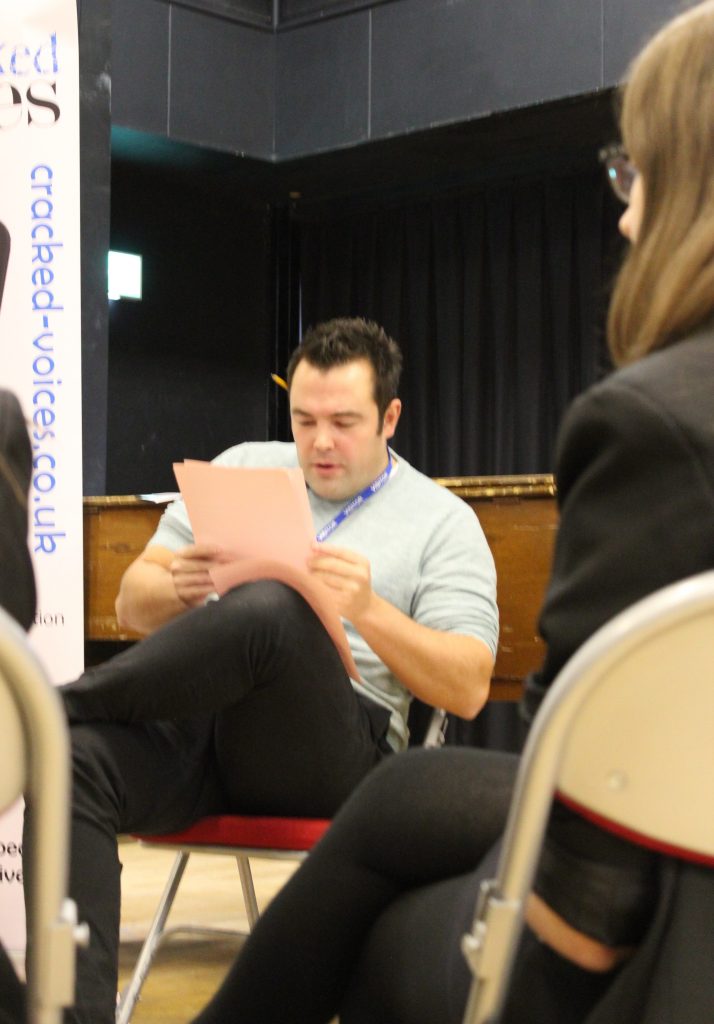 On a hot Thursday morning, the Cracked Voices team descended upon Meridian School, Royston for an introductory workshop. The aim was simple: to come up with an entire song in one morning! We had a helping hand in that Graham had written a chorus-type text out, but other than that the material was to be created entirely on the day.

The session began with a quick discussion on Cracked Voices: the song cycle, what we are doing, and how we wanted the students to be involved. Then the writers got to work on creating their own verses about the items they wanted to go into the memory box. In the meantime, the musicians had a brief theory blitz on art songs, text setting and analysis with Jenni before jumping into the composing!

Having decided on rough rhythms for the text, the musicians separated out to improvise ideas, before coming back together to piece the chorus together a line at a time. They then worked out some chords for each bar or phrase, and hey presto, a chorus was born! They also blitzed a quick melody line that might work with the verses.

After a quick break the writers joined the musician to share their work. They had created four stanzas of four lines each. They had also made the decision to rejiggle the order of the choruses, meaning some last minute changes on the music side, alongside some quick improvisation on the rhythms of the verses. After rehearsing the song a few times through, making changes and edits as we went (suggested by musicians and writers alike) we recorded the final song.

Overall, a highly successful morning, giving everyone a taster as to what the main project will entail, alongside a few fundamental techniques they could use. For the workshops in the autumn, the writers will work on their own (with plenty of support from Graham!) to create their own texts. It will then be down to the composers to set them to music, with the results either to be performed by the Cracked Voices performers alongside the main song cycle (in April 2018), or to be performed by themselves or maybe even the school choir!

Thanks to Jenny Warburton, Nick Smith and Meridian School.  Thanks also to the Arts Council’s Grants for the Arts for funding the workshops. Pictures used from the @MeridianPAD Twitter feed with permission.

Cracked Objects at the museum!

On Monday 9 October, Graham held a workshop at Royston Museum with ten students from Meridian School. We explored the stories behind objects and students chose objects they would like to write about in their own song cycle.

We can’t wait to help them develop their ideas further… 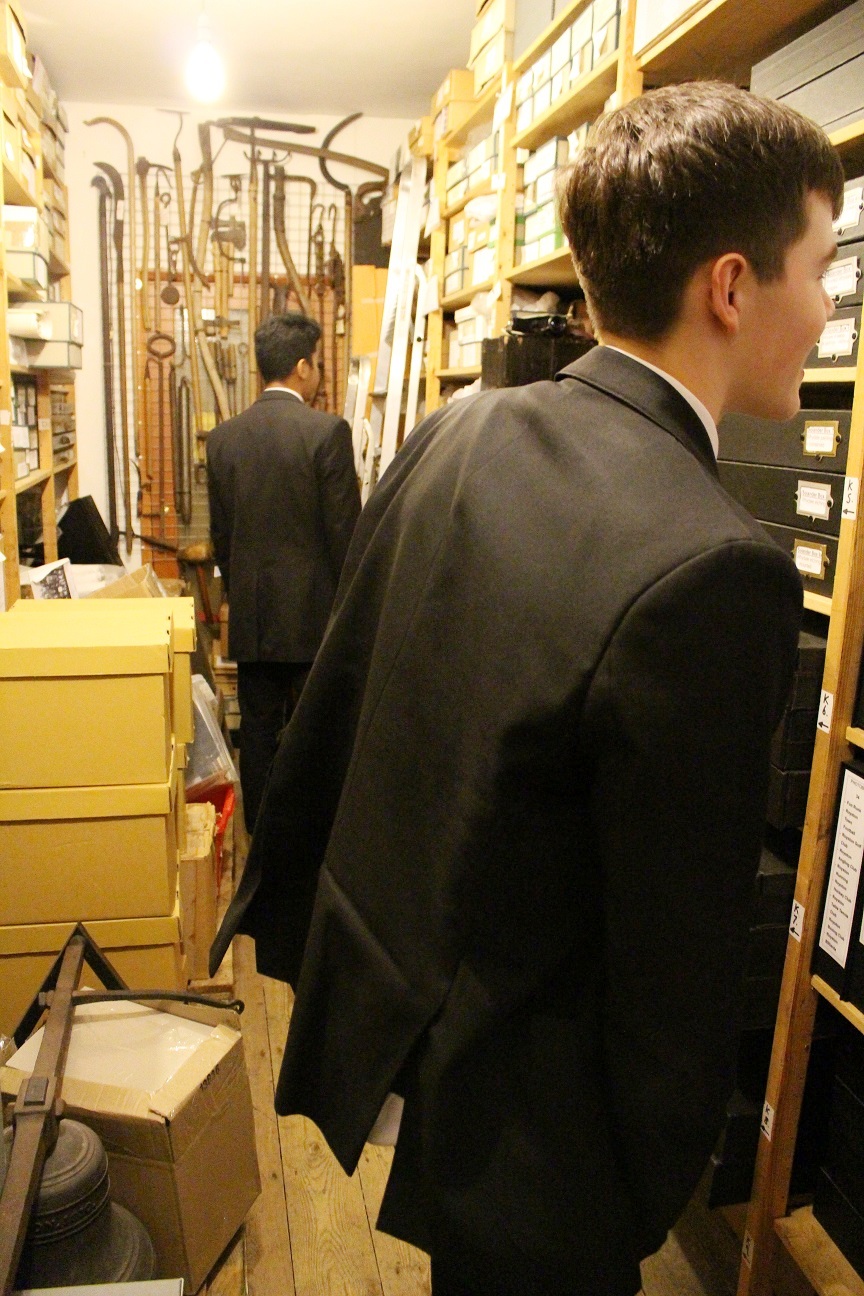 Many thanks to Royston Museum for welcoming us in (even into their storeroom!).

As part of Royston Arts Festival 2017, Graham ran a workshop on establishing settings in stories, blogs and poems. Using historic photos from Royston Museum’s storeroom, it provided an opportunity for participants to explore how time and place could be explored through their own writing. 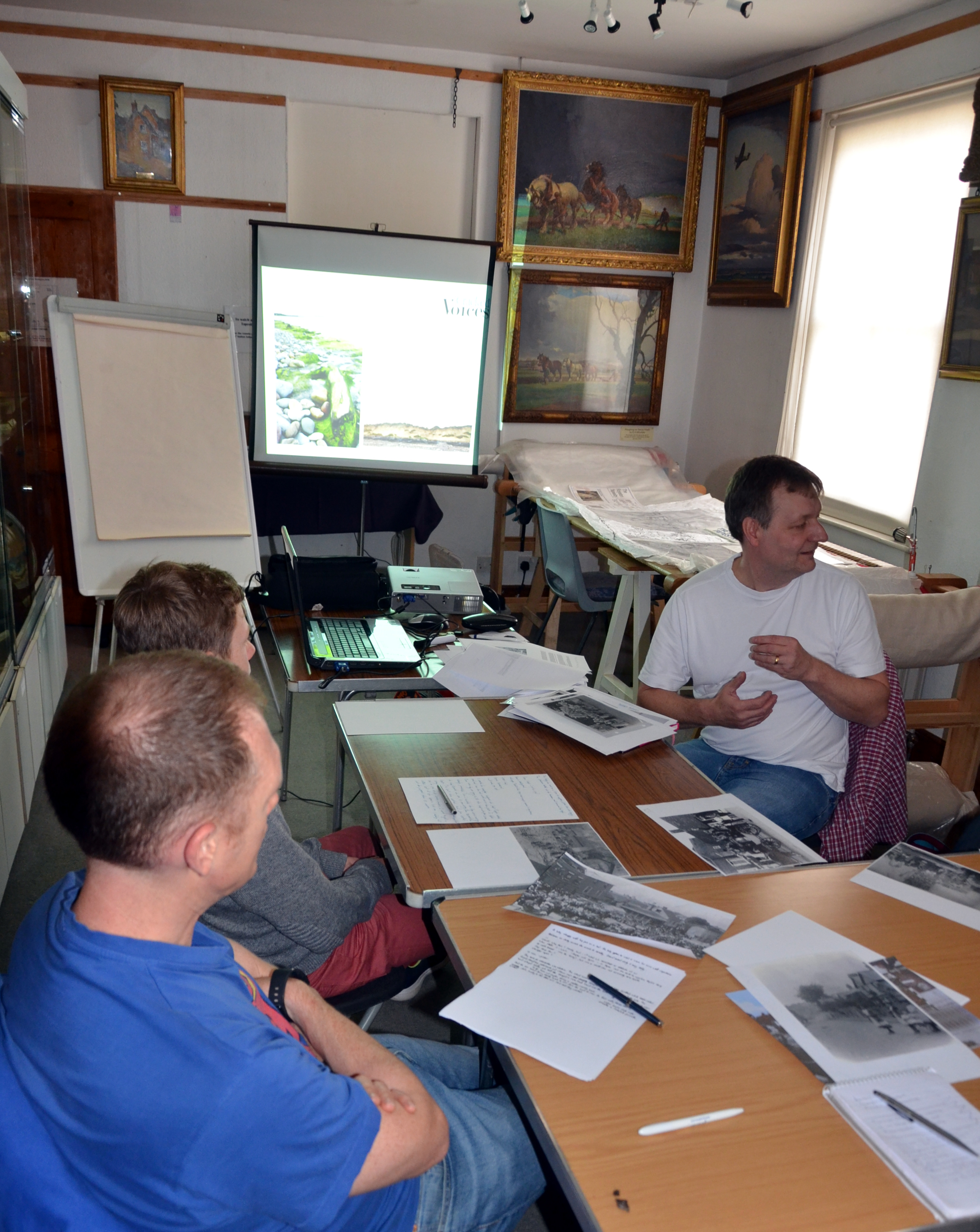 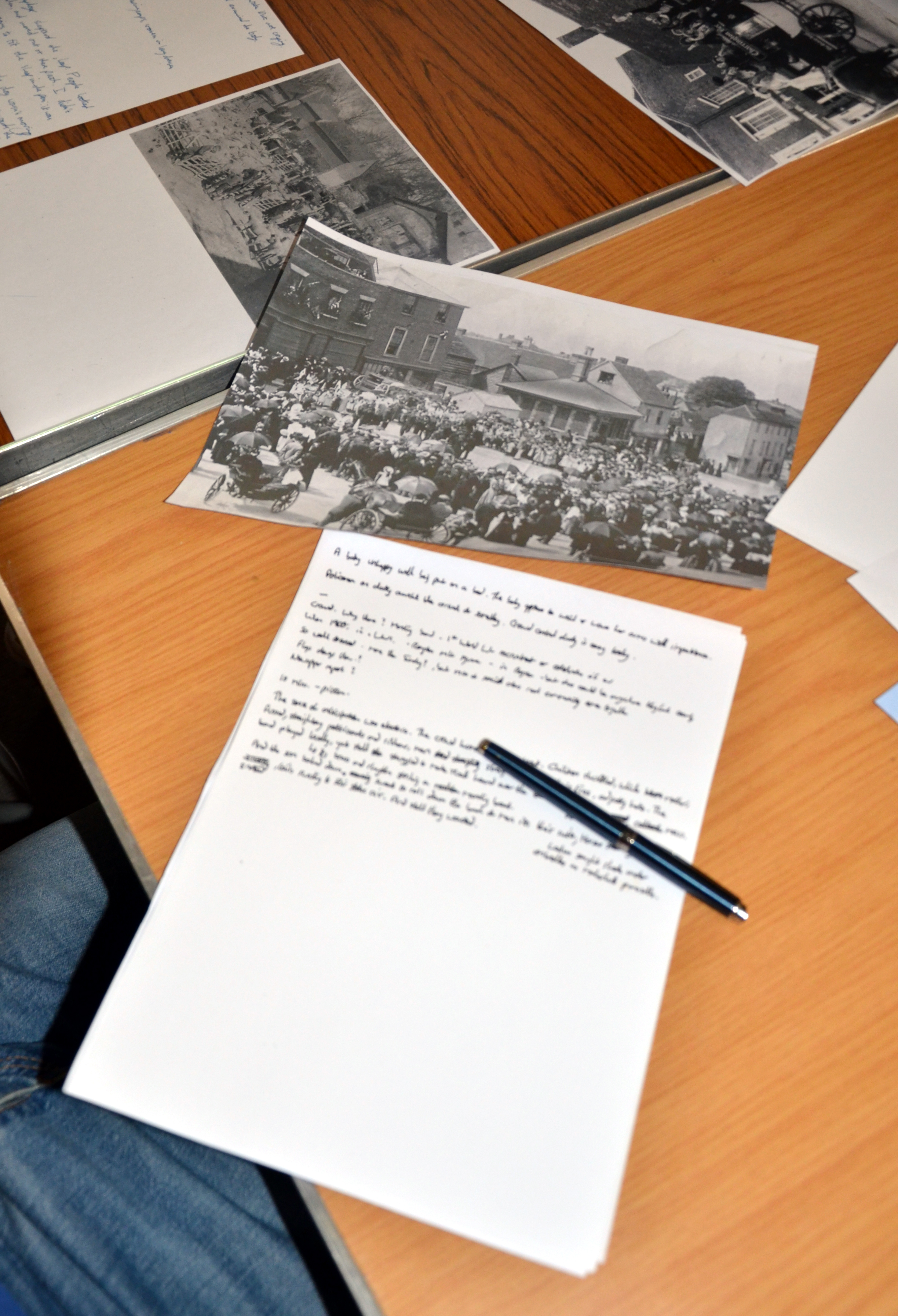 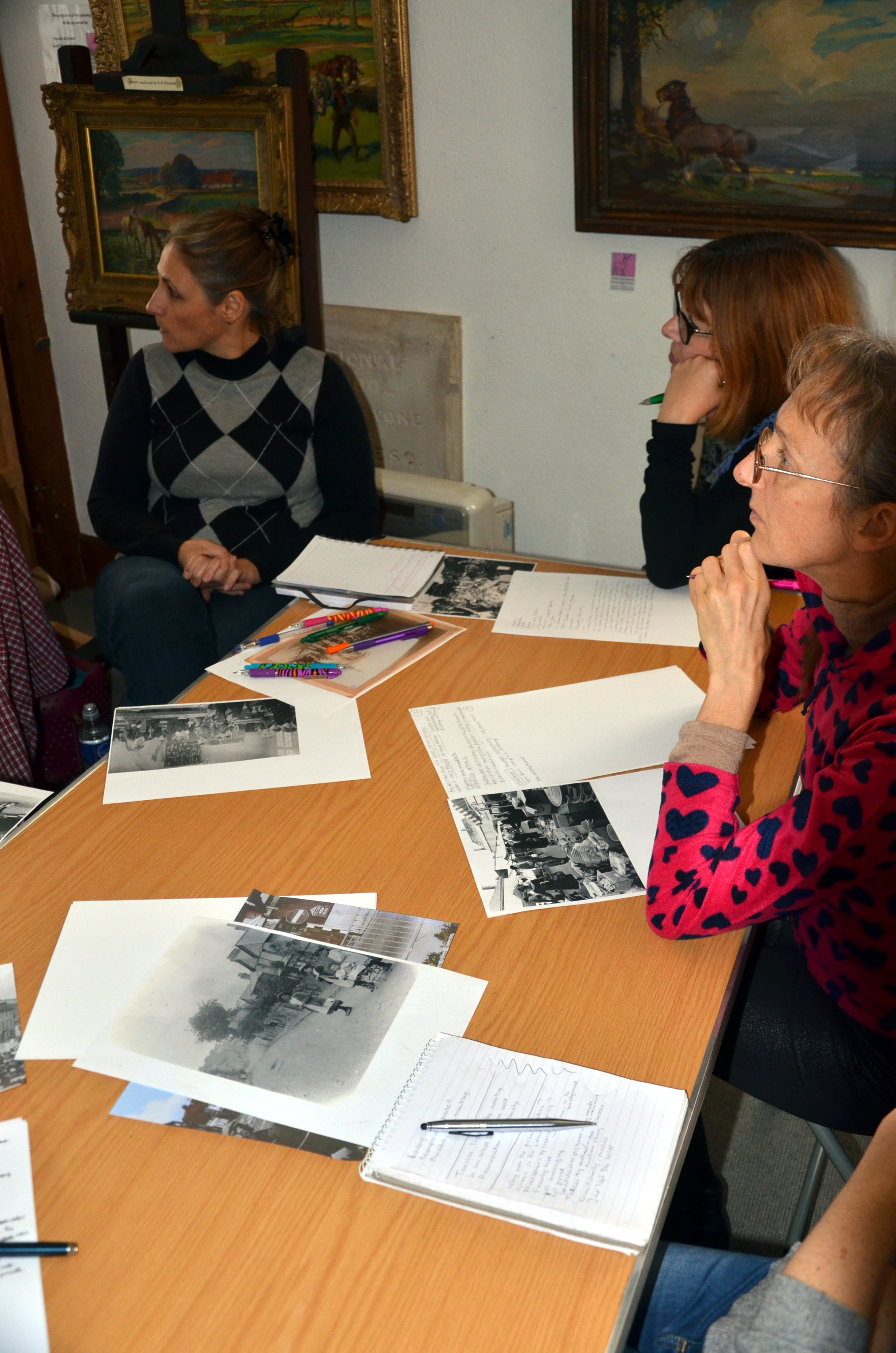 Feedback
“…his insights, guidance & observations were really interesting and spurred my interest to write further. Thoroughly enjoyable.”
“This was a really thought provoking workshop. Very well thought-out and very informative. Well done and thank-you very much for some great tips!”